You are here: Home / Introduction / Notice 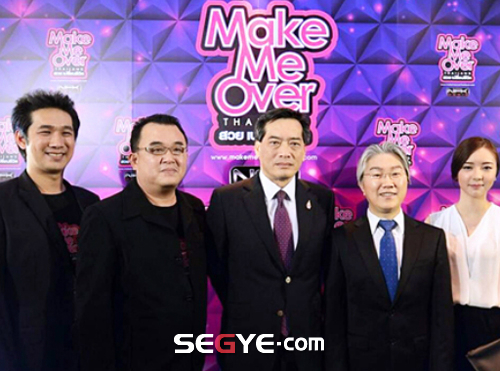 Cinderella Plastic Surgery Center’s representative doctor Jong Pil Chung informed that Cinderella will participate in the first make-over program ‘Make Me over Thailand” in Thailand and give a medical support.

Production presentation of “Make Me over Thailand Season 1” held in VIE hotel at Thailand by host of NFK Media.

NFK media’s person said “We specially casted Cinderella Plastic Surgery Center due to we think that they are representative plastic surgery center of professional skill in every part such as facial contour, breast, eyes, nose and etc. when program go on the air, More Thailand people will visit Korea from watching Korea’s developed medical skills. “Make Me over Thailand” has differentiated concept with Korean make over program “Let Me In”. Our program is so-called beauty, survival reality TV Show program.

Especially, in Season 1, this program will proceed with people who want to be actors, flight attendant, sales manager, MC and etc. We select volunteers who are suffered from outward limitation even if they have talent and we make volunteers not only to have a surgery in Korea but also, give a support of talent education, psychotherapy and etc. The Final winner will be decided by competition of volunteers who had support from Cinderella.

Cinderella’s representative doctor Jong Pil Chung said “ I’m glad to participate in the first make over program “Make Me over Thailand” and we will promulgate Korean medical skill’s superiority and be role of bridgehead to raise Korea wave’s statue through this broadcast.”